Why Diversity in Media?

Only 31% of speaking roles in popular films are occupied by women; and only 23% of these films feature a female protagonist. Only 10% feature a gender balanced cast, and female characters are five times as likely to receive appearance-based comments as male characters, and twice as often shown in sexually revealing clothing or partially nude. On-screen men in STEM careers out-number women 7 to 1. [1]

In 102 episodes and non-recurring storylines of scripted television, catalogued since 2002, which contained transgender characters, 54% contained negative representations, 35% ranged from “problematic” to “good,” while only 12% were considered groundbreaking, fair, and accurate. Transgender characters were “victims” 40% of the time, and they were commonly portrayed (20%) as sex workers. [3]

While GLAAD releases a new Studio Responsibility Index every year, improvement in LGBT representation year over year is minimal at best. The report studying Hollywood releases in 2015 showed no improvement in numbers — or in some cases, an actual decrease — while what representation there was frequently was used as a punchline at the character’s expense. [4], [5]

In 2015, UCLA’s Ralph J. Bunche Center released its second annual Hollywood Diversity Report, showing that diversity in film and television increased slightly during the 2012-2013 viewing season. But the report also confirms: women and minorities are still under-represented in casting choices, film still lags behind television in terms of diversity, and the decision-makers in the executive suites are overwhelmingly white and male. [7] The third annual report in 2016 tells a similar story: despite a clear trend of higher ratings, earnings, and social media engagement for diverse programming, representation remained stagnant or backslid over previous years, with the biggest losses for women. Both women and minorities remained under-represented on every industry employment front. [8], [9]

At the same time, films that pass the Bechtel test [10] have a better return on investment than those that don’t: $1.37 earned for every dollar spent vs. $1.31 per dollar spent for women characters who only talk about men, or as little as $1 per dollar for films with fewer than two women. [11]

UCLA’s first annual Hollywood Diversity Report (studying the 2011-2012 viewing season) confirms that diversity equals money: broadcast comedies and dramas with more diversity get higher ratings. Films with just 21-30% diversity earned a global median box-office total of $160 million, while films with less than 10% diversity made just $68.5 million. [12] The second and third annual Reports uphold these findings: according to Nielsen ratings and box-office reports, viewers themselves, regardless of their own race, still prefer to see diversity in the shows they watch. [13] And this preference is reflected in both engagement and earnings. [8], [9]

Beyond the bottom line is the social impact. Psychologically and sociologically, people use mainstream media as the yardstick for what is “normal” in our culture. Studies have shown that seeing positive portrayals of women, LGBT characters, minorities, and other marginalized peoples influences their attitudes towards and perceptions of these groups positively, while negative portrayals influence them negatively. [14], [15] There is also evidence that media portrayals influence children’s attitudes toward themselves, which subsequently influence their self-esteem and their opinions of what life paths are available to them. [16], [17], [18]

When media depicts a “normal” that does not accurately reflect reality, it creates a vicious cycle where creators and audiences unconsciously fall into the mindset that stories about straight white cis male protagonists are universally relatable, while stories about other people are not. Established norms influence audience expectations, norms and expectations inform creator choices, and creator choices reaffirm those norms. The mission of Burning Brigid Media is to interrupt that cycle, to create and distribute stories that are both about those diverse people and universally relatable, and thereby influence and change what is seen to be normal. We aim for that influence to be subtle but pervasive – not an attempted lecture that may garner resistance, but a story that fans can genuinely enjoy for itself, that happens to be about women, minority, and LGBT characters. We aim to alter the media landscape by providing stories from alternate voices.

Our goal is to contribute to a cultural shift through narratives that normalize stories about the traditionally marginalized: women, minority, and LGBT characters presented as people rather than genres.

We create creative projects to both create art that reflects the world as it is, and to provide opportunities to creatives who might not otherwise find roles that go beyond stereotypes. We create honestly entertaining diverse stories about people, who are people, instead of caricatures. Our projects are as diverse as our casts, ranging from atmospheric horror to relationship dramas to science-fiction and fantasy.

Burning Brigid Media is a film and new media production company that provides narrative audio / video entertainment to consumers who are fans of genre fiction and drama, particularly those who are concerned about positive representation in the media. The company was launched in mid-2014 to serve an underserved niche in the entertainment media consumer market. We did extensive research on the need and growing desire for media that reflects the lived experience of a diverse cross-section of people.

Burning Brigid Media was co-founded by Kat O’Connor and Michael Coorlim, and is based in Chicago, IL.

Currently Burning Brigid Media is focused on audience building through the production of audio drama media through the Synesthesia Theatre podcast, in the form of six to twelve part serials of twenty to thirty minute episodes. Audio dramas are offered free through the podcast, and will be subsequently bundled into series collections, with bonus materials, and made available for purchase online.

In the future film and web series projects will follow a similar model: some shorts will be loss-leaders available for free and/or submitted to film festivals to market our entertainment media and storytelling style to fans. Other films will be bundled with bonus materials and made available for purchase. 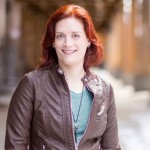 Kat O’Connor is a queer, gender agnostic witch and a Midwest native, born with an Irish passion that was a bit too big for a small town. A collaborative performer who is equal to the challenge of co-creating a story, she brings her own talent and experience and blends it with a director’s vision. She has been featured in a number of independent films, including the award-winning short film Hatboxes (Fernwork Productions), Out of Sight (Nebula Creatives), featured in the 2015 Court Métrage at the Festival de Cannes, and 16th Street (Studio 22). She is a company member of Terra Mysterium Performance Troupe, and has performed with them both musically and theatrically at the Chicago Fringe Festival, The Athenaeum Theatre, a music video, and multiple festivals and conventions. She is a natural storyteller, with words or, just as often, without. Her personal mission is to tell the story, and thus change the world, one heart at a time. 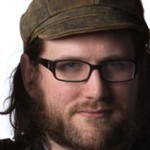 Michael Coorlim is a teller of strange stories for stranger people. He collects them, the oddballs. The mystics and fire-spinners, the sages and tricksters. He curates their tales, combines their elements and lets them rattle around inside his rock-tumbler skull until they gleam, then spills them loose onto the page for like-minded readers to enjoy. He’s the author of the Galvanic Century series of steampunk mystery fiction.

Burning Brigid Media’s current project is Synesthesia Theatre, an audio drama podcast presenting an anthology of serial productions. Stories are fast-paced and grounded in realistic characters with a twist of the fantastic.

Each six-to-twelve part serial tells a complete story, and is supplemented with cast interviews.

What kind of stories are you producing?

Burning Brigid Media produces a spectrum of genre and drama films and audio drama with a focus on character development, twisty plots, and clever storytelling. What makes our work unique is our commitment to broader demographics represented in cinema.

Are you taking investors?

Burning Brigid Media is not, at this time, soliciting investors. Our future fundraising plans are crowdfunding focused. We are proponents of the fan-supported art model.

When is [project] set to be released?

All of Burning Brigid Media’s releases are announced through our company mailing list. Members will be sent production details, as well as kept appraised of deadlines.

Since you’re both white, won’t many of your stories carry a white cultural narrative?

Our stories are generally focused on multi-racial and multi-cultural casts in an effort to represent realistic demographics within the constraints of their setting contexts. The world we inhabit is one of ethnic, gender, religious, and sexual diversity, and that is the reality that our films will reflect. The diverse world is not a ‘white’ world. There is no racial monopoly on ‘normal,’ only the contextual environment those stories take place in.